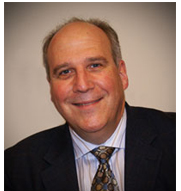 Professor Testa has received numerous awards for his scholarship and public engagement, including the UNC School of Social Work Excellence in Research Award, Angel in Adoption from the Congressional Coalition on Adoption Institute, and the U.S. Department of Health and Human Services’ Adoption 2002 Excellence Award for Applied Scholarship and Research on kinship care and permanence. His recent publications include: “Bridging the gap between research and practice: The work of the steering team for the child welfare research and evaluation translational framework workgroup with commentary from B. Deakins and M. Baldwin, U.S. Children’s Bureau” with Diane DePanfilis, Ruth Huebner and Renda Dione, R. in Journal of Public Child Welfare (In press); “Insuring the integrity and validity of social work interventions: The case of the subsidized guardianship waiver experiments” with Kevin White in the Journal of Evidence-Based Social Work (2014); Fostering accountability: Using evidence to guide and improve child welfare policy (Oxford University Press, 2010), co-edited with John Poertner; and Child welfare and child well-being: New perspectives from the National Survey of Child and Adolescent Well-Being (Oxford University Press, 2009), co-edited with Mary Bruce Webb, Kathryn Dowd, Brenda Jones Harden, and John Landsverk.

Spaulding for Children is the lead agency for The National Quality Improvement Center for Support and Preservation (QIC-AG).

Funded through the Department of Health and Human Services, Administration for Children and Families, Children's Bureau, Grant #90CO1122-01-00. The contents of this website do not necessarily reflect the views or policies of the funders, nor does mention of trade names, commercial products or organizations imply endorsement by the U.S. Department of Health and Human Services. This information is in the public domain. Readers are encouraged to copy and share it, but please credit Spaulding for Children.